I've been a badminton lover since I played in my backyard as a kid. Then in high-school, and now that I'm grown up, I'm still totally into it! View all posts by NickOstrowski →

We like to keep things as fair as possible, to ensure everyone has a great time, from a new visitor all the way to people who’ve been playing for over a decade.  Here are our current rules for drop-in play from our president Dave: END_OF_DOCUMENT_TOKEN_TO_BE_REPLACED

We’d like to thank fellow Florida shuttler Thomas S for taking the lead on the Sunshine State Games Badminton Tournament.  Here are some of the pertinent details:

Finally, you can get a discounted hotel reservation at Don Shula’s Hotel with the details below:

Individual reservations can be made by:

Hey everyone! We’ve dusted off our website and are excited to share with you the online signup for our upcoming tournament. So everyone can get in on the fun, this tournament features a special “novice” bracket. This group will be less intense than the other ones. The event will take place at Shula’s Athletic Center on the weekend of June 29 (check-in is at 8AM) and 30,2013, check out our registration details for more information (click the “show details” link) :
http://www.flabadminton.org/index.php/events/ssgb2013/

Hope to see you there! 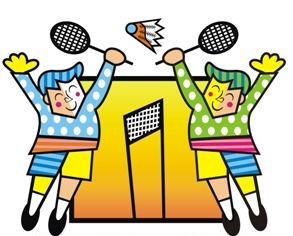 Sign up now for the Florida State Championship tournament!  Here are the details:

EVENT: 2012 Florida International Senior Games & State Championships, the 21st Annual Games, is an Olympic-style competition for athletes age 50 and over.  The Florida Senior Games is a program of Florida Sports, a division of Enterprise Florida, Inc., which serves as the state’s lead organization in promoting and developing Florida’s Sports Industry.

Registration: visit www.flasports.com.  Registration is available in a variety of ways with the easiest being online registration.  Forms are available to download, print out and send back to the Florida Sports Foundation.

Our colleague Watkins up North has notified us to this upcoming tournament he is organizing:

Hi folks, The 2012 AAU Badminton Tournament will be held on the 18th – 19th August 2012 at the Orlando Volleyball Academy. Details and flyer to follow this week.
Please mark the dates in your calendar.